We started our tour by picking up an American couple and headed towards Valparaiso. Javiera, our guide, told us the rough plan for the day and warned us it would probably rain at some point.

We entered Valparaiso city centre after 1 hour and a half, driving past the congress of Chile, as well as South America’s first ever public library. We parked in one of the large squares, next to South America’s first fire station. Valparaiso is a city with a rich history. It was once the biggest port in South America, and was one of the most important cities when the Spanish first colonised the area. It was actually founded before Santiago, in 1536. Today, it is home to 300,000 people, but the port is no longer the most important in the region, let alone the continent. It’s a source of constant inspiration, being the city with the most graffiti in South America. 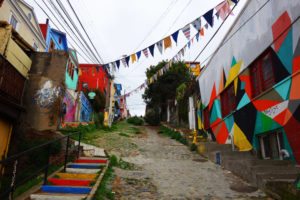 It’s one of the most colourful cities I’ve ever been to. Everywhere you turn there is a row of coloured houses, or a majestic mural on the side of an otherwise unimportant half-crumbled building. It’s also made more beautiful by the 44 hills that are found there. 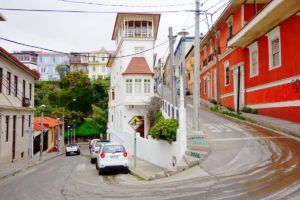 Many of these have lifts, known as funiculars, to the top. Most of them are over 100 years old, and like the majority of the buildings in the city, you can tell. Only 8 of these funiculars actually function, but there is a movement to re-open all the closed ones (more than 20) and return Valparaiso to its former glory. 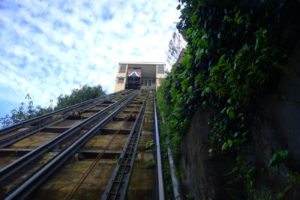 In Plaza Sotomayor, where we stopped, there is a huge monument in the centre. 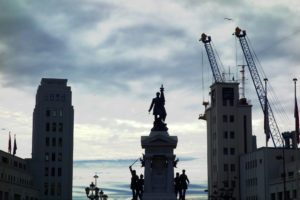 This monument is to commemorate the war heroes from the Pacific War, where Chile fought against Peru and Bolivia in the north, in 1879-1883. They won, and managed to sever Bolivia’s access to the sea, taking the Atacama region for Chile. However, during the war, with all of Chile’s forces in the north, Argentina took the opportunity to invade and take control of eastern Patagonia. This is what gives Chile its long snake-like shape.
In 1906, a giant earthquake hit Valparaiso and only 2 buildings were left standing on this square. The architecture here is noticably unique, there are modern office buildings, right next to 18th century buildings in their original decor. 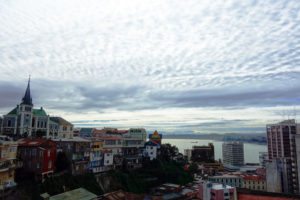 As we walked out of Plaza Sotomayor, Javiera told us how the Starbucks in the square is failing, just as McDonalds did. Valparaiso is one of the only cities in the world where McDonalds failed to make profit and had to be shut down. Yet a 10 minute drive to Viña del Mar and you can find 3 different branches.
As we started to walk further into the colourful city, Javiera explained that sailors painted their houses brightly so that they could find them easily after returning to the port. In the early days, the town would be made from wood and clay and pirates such as Francis Drake would come and burn it to the ground, pillaging it like vikings. 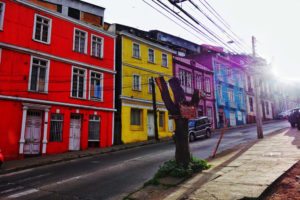 We walked for around two hours from here, around all the graffiti-laden streets. It’s almost as if the entire city is one giant art museum. Everywhere you turn, there is some kind of street art. One of my favourite places is atop the Reina Victoria funicular. There is a hill with painted steps, the ones at the top read “We are not Hippies. We are Happies”. 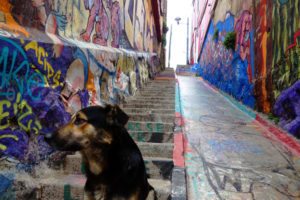 Towards the end of our walk in the narrow, steep streets, it began to rain. We headed back to the bus and drove up Artillery Hill to have lunch with a view over the docks. It was a bit cloudy, but you could still see the entire bay of Valparaiso. 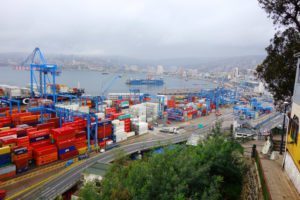 Having tried Reineta last time I was in Valparaiso, I ordered a good old Salmon with Hungarian sauce. I’m not entirely sure why the sauce was called Hungarian, it was mushroom and prawn, but tasted absolutely amazing. The food was brilliant and the view overlooked the bay.
After we finished, we said goodbye to Valparaiso, and drove to the Emiliana Vineyard, the largest organic vineyard in the world. 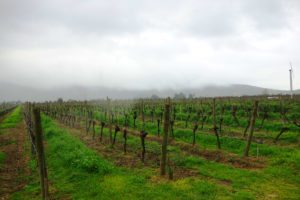 By this point, it was raining heavily. Christian, our guide for the vineyard, was very passionate about his job, which made the tour really enjoyable.
He showed us the different things they use to make the compost, including dandelions, Alpaca manure, and other weeds and plants. 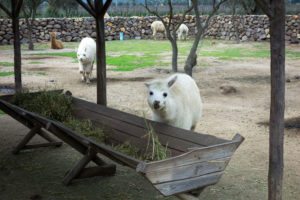 We would have seen more but the rain became too strong and the others asked to go back. Inside, we had a wine tasting. I don’t like wine in general, so they gave me a smaller glass of the 4 testers but the Americans really liked it. They bought a bottle afterwards. 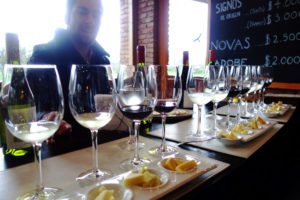 For me the cheese was better than the wine. The final cheese – I forgot the name – was like heaven.
After we’d finished we drove back to Santiago. Javiera told us of many places to see in the city and offered to send us more via whatsapp. She also told interesting tales of her adventures around the world. She’s been all around Latin America, Africa and Europe and is full of crazy stories.
We arrived back in Santiago for around 6 and were dropped off. I couldn’t recommend this tour more. It’s made me want to visit Valparaiso again before I leave. The tour was amazing and the city is one of a kind. 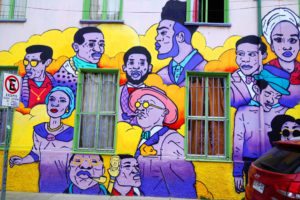